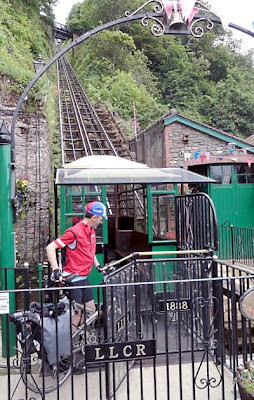 A glorious mixture of cycling today, starting with the punishing climb from Lynmouth to Lynton (above). The historic funicular (a Latin-derived adjective meaning ‘very expensive’) railway whisks you and bike up the cliff in two minutes for £5.30, which makes it slightly cheaper per second than Cross Country trains. 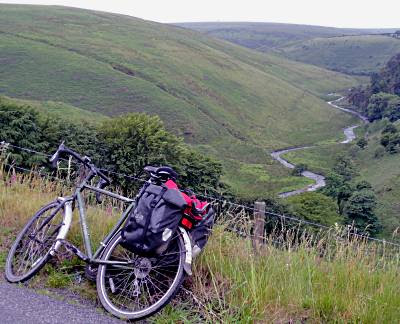 Several hours of lovely moors cycling after that (above), heading roughly south, like my life. 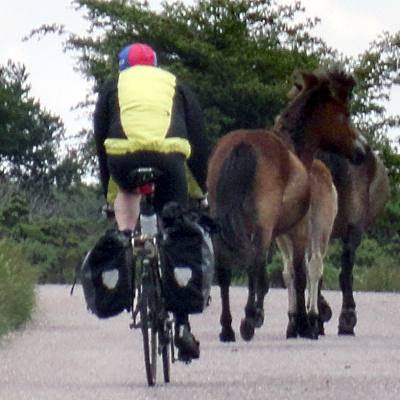 At one point, Nigel had to cope with Exmoor rush hour (above). But wild horses wouldn’t have dragged us away from this trip. Were they really wild? Well, they weren’t very pleased. 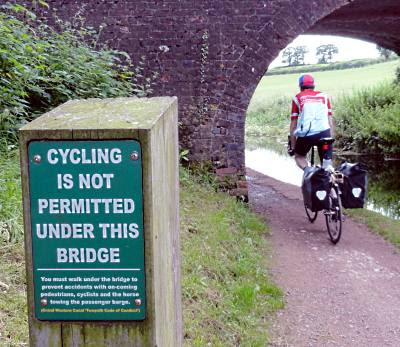 Devon was apparently the only part of the country spared from the rain today, so our luck was clearly in. The final leg was along a surprise canal towpath (above) to Tiverton Parkway, and a Travelodge that yet again encouraged us to take our bikes into the room.

Maybe they just don’t want bicycles hanging around outside the building, advertising the fact that cyclists are staying here.