My dorm-mate last night turned out to be from Hull, which seemed appropriate for this trip. I guessed he was from Hull before he even opened his mouth because he'd blagged two extra whiskies over the two-shot allowance in the tour of Tobermory Distillery. 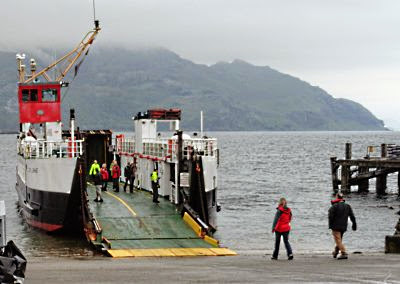 It rained hard till half ten, so I sat it out in Tobermory and got the 11am ferry north to Kilchoan, on the Ardnamurchan peninsula (picture). The rain had followed me, and it threw it down until four. 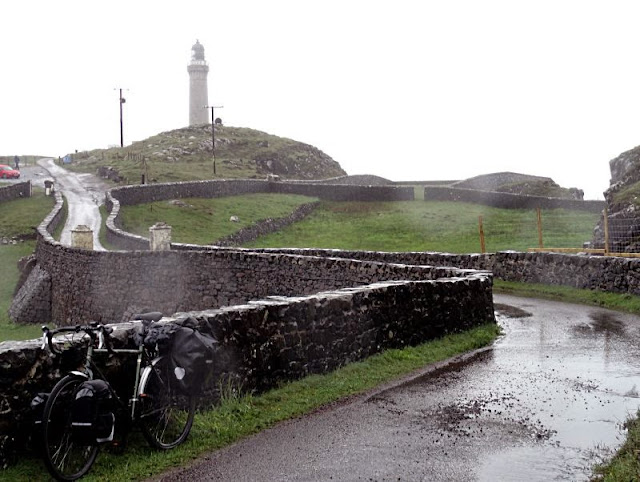 I thought, What's the point? The point is, of course, Ardnamurchan, the westerliest bit of the British mainland. There's a lighthouse, though it was so dark and rainy you couldn't even see if it was illuminating (picture).

I chatted to the Polish lass in the cafe there. I asked her if it ever stops raining here. She said I don't know, I've only been here six months. 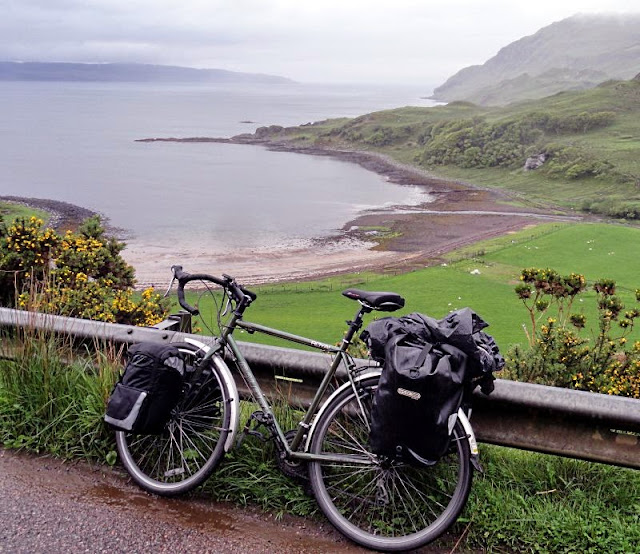 After three coffee breaks, I eventually set out vaguely towards Hull into the driving rain. There was some spectacular scenery. When the rain finally relented I even saw some of it (picture).

The last three hours of cycling, from four to seven, was gorgeous, all along the wonderful shore road of Loch Sunart.

I'm at the campsite in Strontian ('stron-TEE-an', I now know), one of the select places in the world with a chemical element named after them. So I must cycle to Ytterby, in Sweden, some time. Especially if it's as scenic as this.